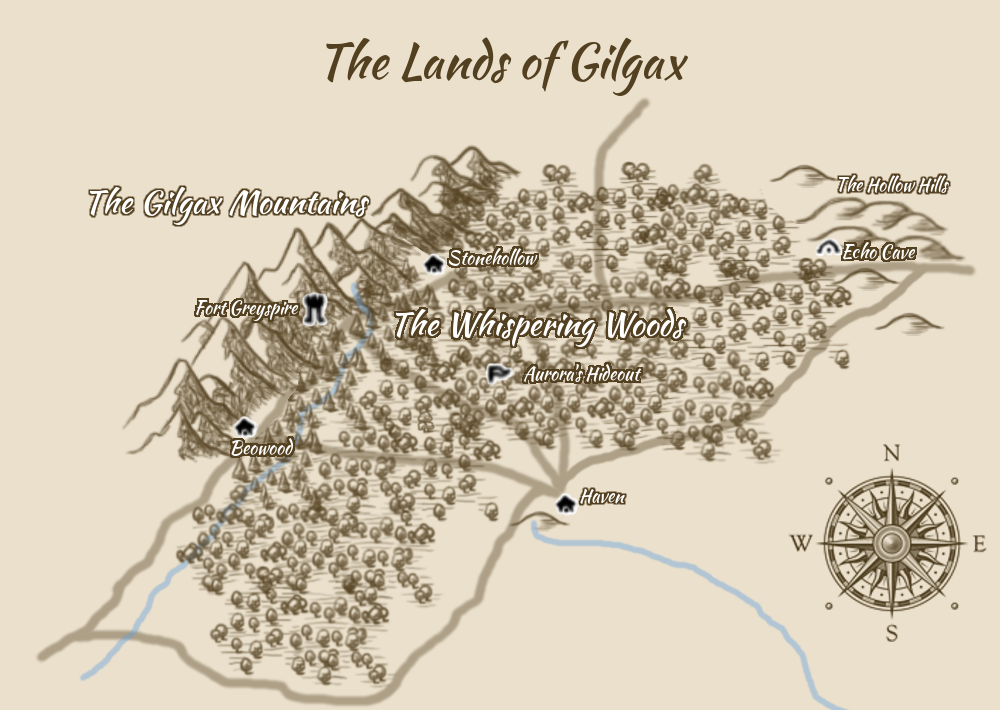 Eb and Filius traveled to the small town of Haven for a gig at the very small tavern in town. Filius had arranged the gig 3 weeks before, but hadn't heard anything since. When they showed up in the town, they found it to be even quieter than normal. No one was outside. Upon knocking on the doors of some quiet houses, they found that the silence in the town was the result of a bad illness that had been going around for about a week. The illness first made the victim very sick, and eventually robbed them of their mind and caused them to act out violently against others. Some of the sick that had turned violent were locked up in the Town Hall. They also heard from Mac, the town drunk, that he heard some screams coming from the well, though he could not remember when.

Eb and Filius decided it best to check out this well before heading to the tavern for the gig. They looked down inside, and it looked like there might be a faint yellow glow coming from deep within the well. The rope that was once attached to a bucket was old, frayed, and only about 7 feet long, so Eb used his magic to allow the two of them to climb down the walls of the well like spiders. However, due to a little trouble with the spell, the magic gave out and they both fell part of the way down into the small stream at the bottom.

In the stream, they found a dwarven miner pinned underwater by a large glowing brown stone. The water around it and down stream was dark and clouded as it headed toward Haven. The two managed to work together and remove the stone from the dwarf, at which point the dwarf stood up and attacked with a vacant expression on his face. The two used a little bit of magic and confused the thoughtless dwarf to the point that when Eb dealt a punch on him, the dwarf split in two and laid lifeless on the ground.

The two then continued on to explore the rest of what they could now tell was a cave. They found a room that looked like it was being mined for the material that was found on top of the dwarf in the stream. At the far end of the room, they found an opening into a dark cave, untouched by the miners. Upon looking inside, a troll came back to the room, his lair, and saw Eb and Filius looking in.

A battle took place, ending in Filius using a magical force to knock the creature off its feet and slam its head on the ground. They then explored in the opposite direction of where they found the troll, and found two rooms, the source of the spring, and a stairway that lead into the basement of a house. As they continued through the building, they found it to be an alchemists shop. A strange note was found written in another language on the table. The only word they could make out was "daughter". They then headed back to town, telling everyone of the mysterious stone that was poisoning their water source. The town, continued to drink the now clean water from the stream and their sickness cleared in a few days.