To continue the Dungeons in Fate series, today I'll be talking about traps and how to use them in your Fate games. Traps are often used in more traditional RPGs for several reasons. They can convey the danger of a location, provide information about the location's inhabitants, weaken the heroes before they reach the enemies, or just provide a chance for the heroes to show off their skills. However, my ideas on how to implement traps in Fate are slightly different than its traditional counterparts. There are various types of traps that fill different roles within a story. Traditionally in Fantasy RPGs, they have been most commonly designed as one-shot problems to test the characters' awareness and reaction times, but this isn't a lot of fun for the PCs. It slows down the game because it teaches the heroes to constantly search for these traps. If they manage to find a trap and disable it, then it ends up being a bunch of wasted time where nothing interesting happens. So to begin, I would recommend that you use traps sparingly, but if you do use them, here are some ways to use traps to add to the story.

Add Story to the Dungeon

The Angry GM has a great blog post titled "Traps Suck," where he talks about why he hates the way traps are usually used in RPGs. His remedy for this is to lay out traps in a pattern. As you layout your dungeon, continue placing these traps in accordance with the pattern that has been established, making them more challenging the further in they are.

One example he gives is in a tomb that the party is exploring. The adventurers find a section of the tomb that has crumbling stone from seismic activity. Amidst the stone is hidden a simple crossbow trap triggered by a tripwire. This tells the players that it was probably set by tomb raiders that wanted to prevent others from entering. As the group continues, they find more of the same trap where ever there is crumbling stone to hide it in. Later on in the adventure, the players get distracted and run down an unchecked hallway after a foe and accidentally trip one of the crossbow traps.

The Angry GM's fix for this problem is well suited for a traditional step-by-step dungeon crawl, but its principles can be applied to Fate as well. If you want to design a recurring trap for your dungeon, design it in a way that tells the players something about the beings that set it up, and establish a pattern. The pattern can be an aspect. In the Angry GM's example the pattern aspect would be Crumbling walls. Whenever the players see this aspect later in the dungeon, they can expect that a compel will come out of it if they don't do anything to overcome it. Go ahead and allow them to clear a few traps after the initial one without issue, but of course, make sure to put them in situations where they don't have time to check an area that they assume is trapped as well. Send a foe to warn the others by running down the hallway filled with these traps. Will the heroes prepare for the coming hoard, or will they bum rush down the hallway to keep from alarming the others? There's some good drama! 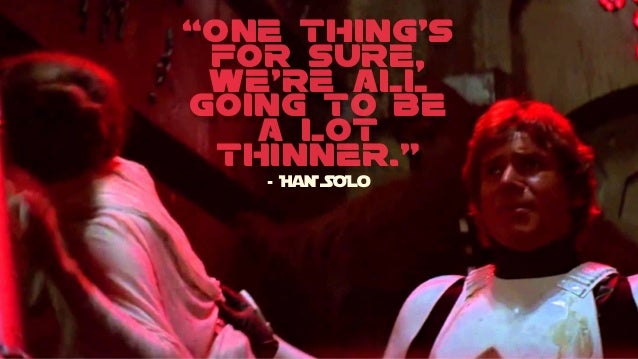 Piggybacking on the previous section and my previous Dungeons in Fate post, let's talk about trap scenes. Traps can get really interesting when they are planned as their own dedicated scenes. For these, think of pretty much every Indiana Jones trap, or the Trash Compactor scene in Star Wars IV: A New Hope, or the flooding pit trap from Masters of Umdaar (pg. 36). These are traps that don't immediately affect the adventurers. Instead, they change the situation and force the players to deal with it.

Start by creating a trap that stands in the way of the PCs continuing and is interesting enough for the PCs to spend a scene dealing with it. Then, take a tip from the Fate Fractal and stat your trap as a character. You can do this as you like, but my suggestion is to use the following skills: Force, Secrets, Speed, and Structure.

Once you have your trap statted up, throw the PCs into a contest with it. They can enter the trap by a compel, a success at a cost, a choice, or just by having all of them roll, and the lowest roller goes in. Don't worry about figuring out the details about your trap unless those details are part of the story. Encourage your players to try different things to overcome the trap, even if they are on the outside trying to free their companion(s). As your players experiment with different approaches to disable the trap, you can then narrate what they did to work towards or against disabling the trap. Three failures means the trap wins, but three victories means the heroes successfully prevent the trap from reaching its end goal.

If you have a trap like a room filling with water, plan ahead for what failure should look like. Killing the PCs with the trap is usually not very fun for the players, so find some way of continuing the story through their failure. Maybe your enemies notice you unconscious in the water, pull you out and tie you up, or the PCs manage to escape the trap just as they are about to run out of breath and take a mild consequence of Water-logged. Instead of getting crushed by that boulder, the floor gives way and drops you into the dark dangerous sewers underneath the dungeon. Don't let failure end the story.

Finally, you can also throw traps into your dungeon by using them as penalties for Success at a Cost. "Your character failed to pick the lock? You get the door open, but it looks like you rushed it and set off a poison gas trap, giving you the aspect 'Feeling Sick'". Make sure that this is not used too often or your players might begin to try spending extra actions on checking every door and chest before they try opening them.

Once again, thanks for reading some of my thoughts on how to run a dungeon in Fate. I hope it is helpful! I'm not sure yet what next week's continuation of the series will be, but so far I have loot, secrets, and compellable aspects on the list, so check back for more next week!