Tracking Aspects at the Table

I decided to take a quick side-quest from my current series on Dungeons in Fate to show how I handle aspects at the table. I've seen questions come up about this a few times on the Google Plus Community and on reddit, so I figured I could show my setup so that others could see if it fits their style as well. 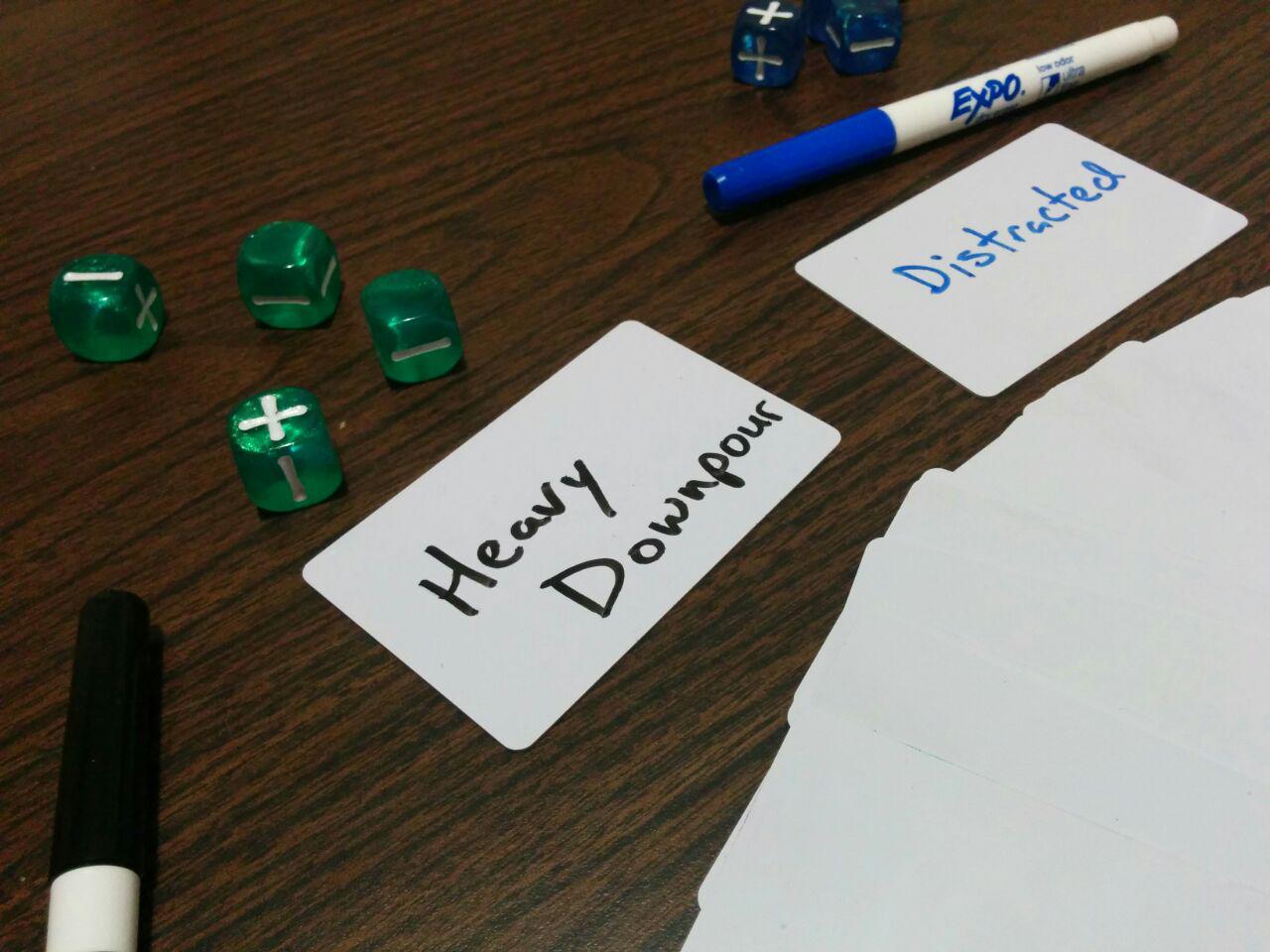 First of all, I use the plastic blank ID cards that can be found on Amazon. Its about $12 for 100 of them (which is a lot more than you'll actually need, but they are great for tracking initiative too). I use these cards along with dry-erase markers to write aspects on them. I used to do wet-erase, but you need to erase them too often and having a wet rag at the table is kind of annoying. With dry erase, I end up wiping them off with my hand most of the time in order to speed things up. I use a black marker for full aspects and a blue marker for boosts.

Next, I bought these cute little beads a while ago for print-and-play board games. I think they are about 8mm. You can find similar items on Amazon as well or at your local craft store or you could just use something like small coins; as long as you have two types and they don't take up a lot of space. I use two colors of the beads: red and blue. The red beads are GM Fate points while the blue beads are PC Fate points. 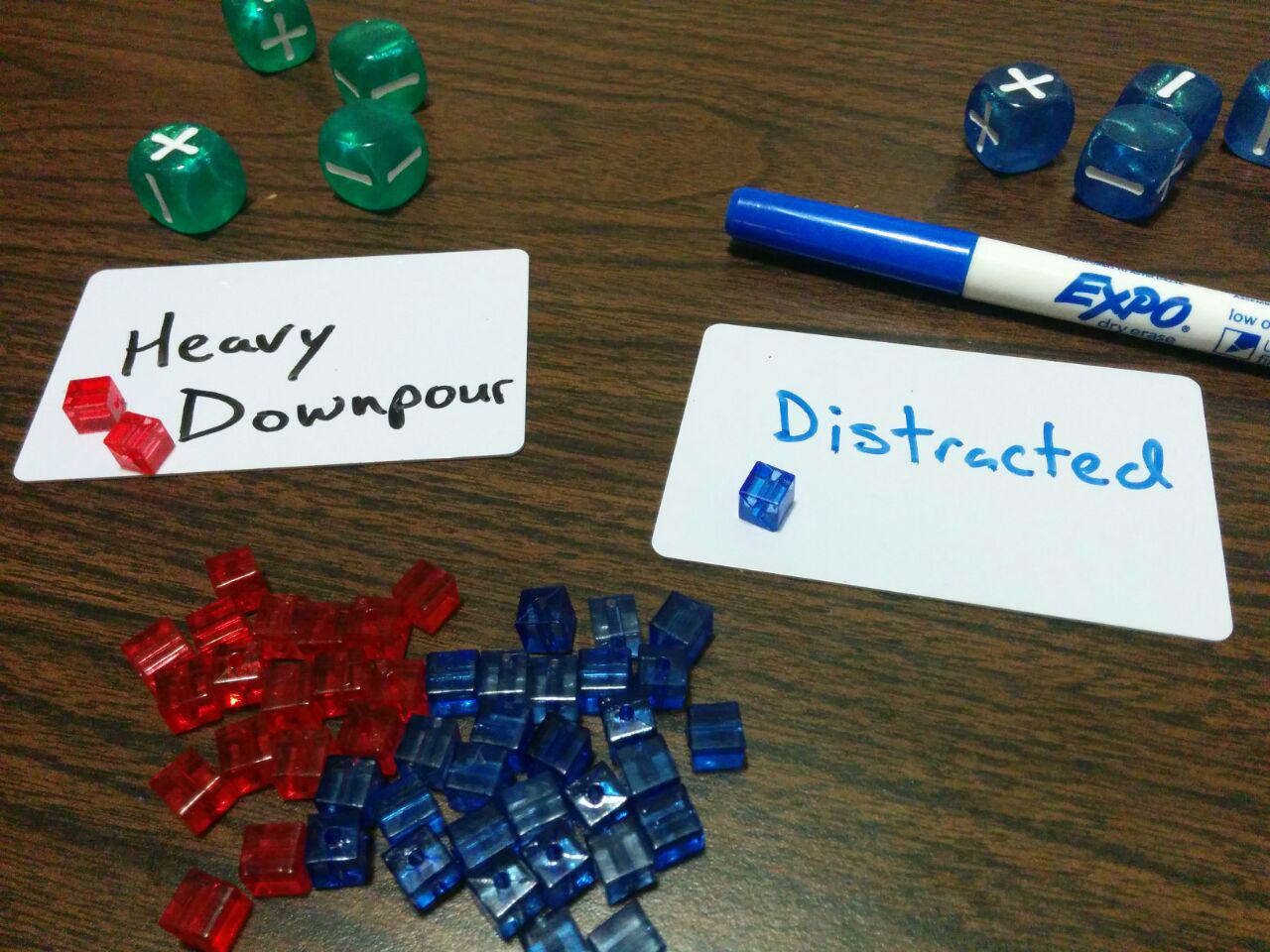 It may seem strange to track who a Fate point belongs to, but this is done because I use the beads to represent free invokes as well. So for a work flow, this all starts when someone creates an advantage or gets a boost. One of us then writes the aspect on an ID card and lays it on the table. Then I'll take a bead--red if the advantage can be used by the GM/opponents, blue if it can be used by the PCs--and place it on the new aspect card. When the players see a Fate point on a card they know it is a free invoke and whether or not they can use it. When used, the bead is placed back in the bowl that it came from.

This method works really well for my group because it allows us to easily see the advantages available to each side during a scene. The red and blue fate points also give you a way to track negative invokes of a character aspect during a scene since they are supposed to receive it after the scene is over. So if the bad guy invokes a player's Afraid of Heights aspect, the GM hands the player a red Fate point which can be exchanged for a blue Fate point at the end of the scene.

Anyway, that's what I do with my group. What kinds of tricks do you use to manage aspects in your games?