I've been recently watching a lot of youtube channels about crafting terrain for D&D such as The DM's Craft, Black Magic Craft, Wyloch's Crafting Vids, The DMG Info, and especially Runehammer's Room Design Series. All of which are great channels with tons of ideas for making awesome terrain for very cheap. I've always liked making stuff, and I enjoy the visual representation that terrain provides for RPGs. Up to this point, I haven't done much with terrain in Fate because my first group took things very literally and the Fate Core rule book basically tells you not to. But this post is intended to change that thinking. Terrain is awesome! It looks cool, inspires the imagination, and makes it easier to understand/explain a location, so why not use it with Fate as well?

My idea is to use terrain as aspects, mainly. You've got some modular terrain, whether it be bought or crafted, and you lay it down to map out the scene. Instead of taking so long to write down each individual aspect the players have available to them, just tell your players that the terrain counts as aspects and let them interact with whatever they want to. Maybe a character climbs a cliff and invokes the high ground when attacking some baddies below. Or a character might take cover behind one of the large boulders or knock down the rows of bookshelves to create a barrier. None of these aspects were explicitly written out ahead of time, but they are assumed to be there because they are on the board. In fact, one great thing about this approach is that they can interact with things that you might not have thought to include as an aspect otherwise.

I see a ton of benefits to this approach. First off, instead of spending time writing out aspects, you are building a visual representation of the scene, essentially combining the two steps that you would normally take to set the scene and write out aspects. This approach also takes some of the creative load off of the GM. Instead of coming up with cool aspects, just drop in some interesting terrain for the players to interact with. It can also aid you in your descriptions of a location quite a bit, and inspire your players to interact with the location in ways they would have a hard time thinking of with theater of the mind.

So I also have some ideas for how to do this to ensure that the terrain is helping the game and not hindering it. Terrain can be a crutch if used incorrectly in RPGs, but these ideas should help avoid that.

Of course, there is also the question of how you handle positioning and movement. My recommendation is to avoid trying to find a way to use the grid. Fate doesn't need it, and using it can be a bit clunky. Ignoring it also frees you up to have terrain without crosshatched lines all over it, which saves you a step if you are making the terrain yourself and looks nicer. 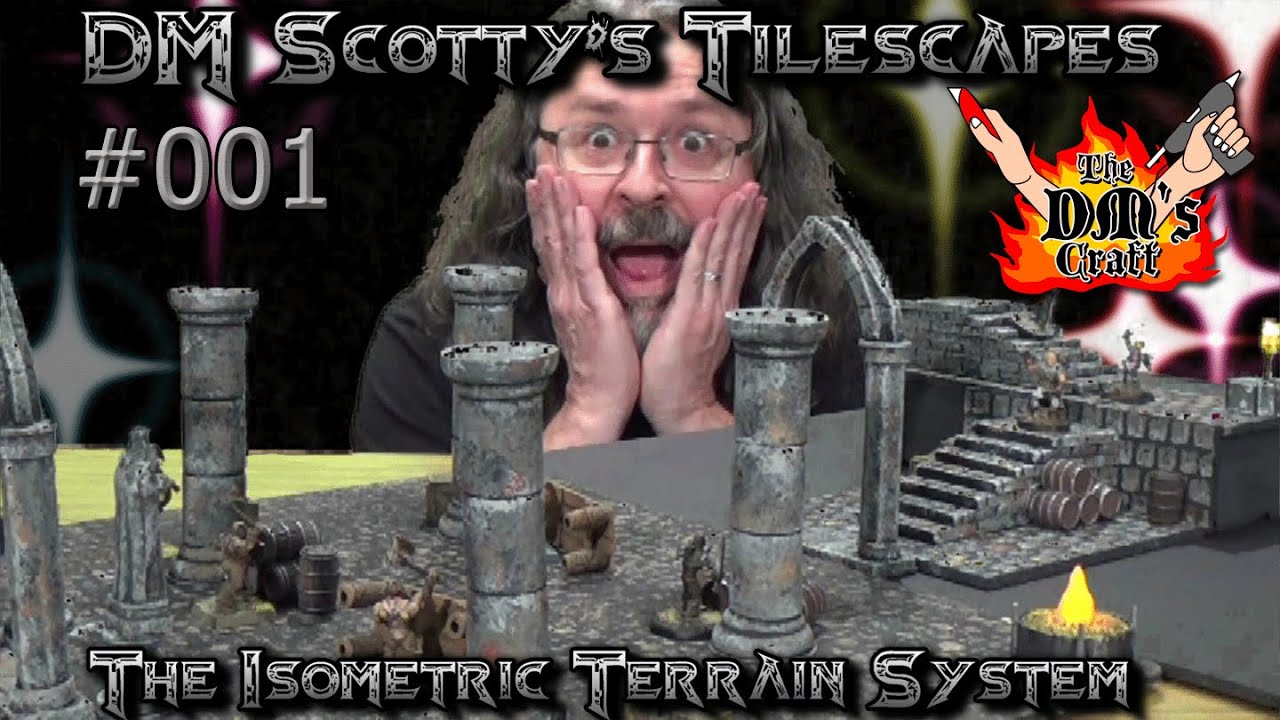 So instead of using the grid, you can use zones, as Fate suggests. One way to handle this is by calling each location within the terrain a zone. So if they're in a tavern, behind the bar is one zone, while the main eating area is another, and the balcony is a third. In a cavern, the main room may be one zone, the pool of murky water a second, and the altar to some nefarious creature a third. (By the way, I'm not saying all terrain should be broken up into three zones. I'm just throwing out ideas.)

Another way to handle it is by tiles. My plan is to use something like DM Scotty's Tilescapes, which not only are cheap and quick to make, but they are also generally made up of 6x6 inch tiles. If you are using a method similar to this, just call each tile a zone. Nice and simple. You can also have smaller tiles (3x3 maybe) for use in tight situations where you want moving around to be slower. If you are ever in a situation where you don't want the tiles to be zones, you can always switch to the previous method for a single location at a time.

In case you are new to terrain, but think terrain would be a fun addition to your games, here are some resources to get you started.

Those are my ideas for using terrain with Fate. I haven't actually had a chance to try it out yet, so this is more of a theoretical blog post, but I plan to try it out soon. I'll make sure to report back with how it goes, and if there's enough interest, I may even write about the terrain I am crafting for it.

What do you think? Is Fate well-suited for terrain? How would you use it in your games?