The drive of most stories out there is the continuous clash between the protagonist and the antagonist. Whether it is Luke vs. Darth Vader, Aang vs. the Fire Nation, or Batman vs. the Joker, this interaction has proven to be essential to good story telling. Getting it right isn't always easy, but lucky for us, Evil Hat Productions released the Fate Adversary Toolkit. It's a book designed to help GMs form interesting opposition in their tabletop role playing games. I've read through the book and put my thoughts together below. 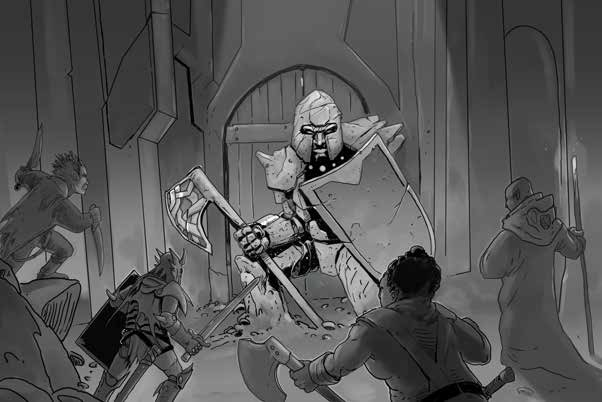 The book is broken down into three main sections, and starts out teaching you how to make compelling opposition in your campaigns. It first focuses on creating good enemies. New rubrics are given for creating NPCs called Fillers, Hitters, Threats, and Bosses. Fillers and Bosses aren't too different from Nameless NPCs and Main NPCs as defined in Fate Core, but even still they come along with some interesting new stunts for quick generation. Threats and Hitters work out to be specialized versions of the Supporting NPC and make for some really fun and strategic conflicts (having used these types of enemies myself).

Although these NPC rubrics aren't that different from what was already provided in Fate Core, I think the rest of this chapter really makes up for it. The second type of opposition is the obstacle, a new kind of adversary that cannot actually be harmed. This section gives you a way to handle things like traps, automated turrets, giant statues blocking your progress, and even difficult choices for your players to make. I have found the advice in this section extremely useful when trying to make exciting situations for your players to interact with. 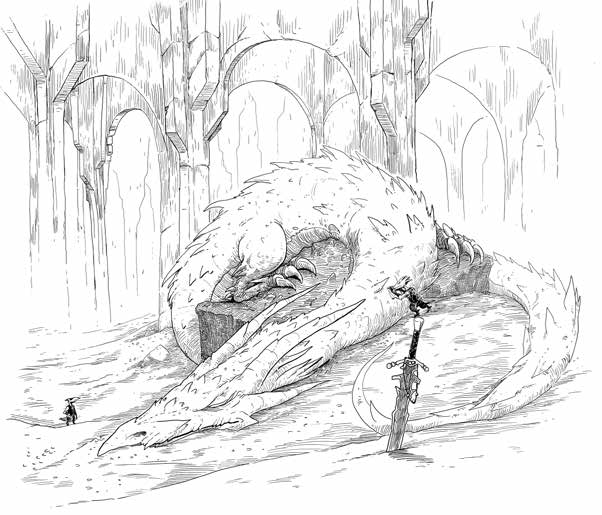 The chapter finishes on a third kind of opposition: constraints. Constraints are not actual characters you can stat up. Instead they are ways to modify characters made in the first two sections to make them more complex or challenging. This section gives advice for creating things like timers on a situation, and adding limitations in how you are able to deal with something. These forms of opposition encourage your players to show ingenuity in their problem solving and create some great tension by tightening the ropes with countdowns. They also add a lot more utility to the Enemies and Obstacles mentioned earlier.

The next chapter of the book is a brief, but extremely useful section on how to use the environment. If you are new to Fate and aren't really sure how scenes work, you should definitely have a look at this chapter. It is chalk full of great advice for encouraging player interaction with the location they're in as well as making the environment actually feel like the one you described to your players.

If you have already read the rules provided by the Fate Adversary Toolkit on the Fate SRD, I suggest you actually buy the book for this chapter. It is the only chapter not on the SRD and it has some great stuff in it. Basically, this whole chapter is a list of ten different mini-settings. They have included everything from Fantasy to 80s Action to Regency Romance. In each mini-setting is a list of NPCs, their motivations, and how to run a scenario with them. Essentially, it's ten separate settings that you can pick up and run in a single night. This would be a great addition for anyone who runs a ton of oneshots. It also serves as a series of examples for the advice given earlier in the book.

The layout of Evil Hat's books is always clean and intuitive. It's a hardcover book with a sturdy cover and thick paper. The art inside (also featured in this blog post) is black and white and, in my opinion, is very nicely done. Quality, as is usual for Evil Hat, gets an A+.

So one thing a lot of people think of when they hear the title of this book is the Dungeons and Dragons Monster Manual, but that is not what this is. You can use the examples in the rogues gallery in this way a little bit, but it is understandably limited compared to single setting RPGs. If Evil Hat were to release such a book for Fate, it would probably have to be for a single setting and codifying all of those NPCs/monsters might not be worth it. A goblin might be the big bad for one group, but the main villain may be an ancient dragon or a god for another group. Not to mention, a monster manual for a single setting would only satisfy a fraction of Fate gamers. So, although it would be cool, I can see why the Adversary Toolkit is not your typical monster manual.

However, this book brings a lot to the table in terms of improving your games, and it doesn't just apply to Fate. Much of the information helps you understand how to make good villains as a storyteller, and everything but the stats could be applied to another TTRPG altogether. I think it would even be useful when writing fiction.

To sum it all up, I think the Fate Adversary Toolkit is a great addition to any role-playing gamer's collection. It gives you tools to make your villains more dynamic and unpredictable and comes with loads of examples. If you don't already have this book, I recommend you check it out.

What are your thoughts on the Fate Adversary Toolkit? Is there anything you wish it included or were happy to see?

The art used in this post is by Juan Ochoa, Guillaume Tavernier, & Tazio Bettin and owned by Evil Hat Productions. Used without permission.