I've have been out of the Tabletop RPG scene for the summer because I have been working on a writing project instead. I'm thinking of starting another campaign this fall/winter, but for the time being, Sprig is the project I'm focusing on. I wanted to tell you about it because it might be something you'll enjoy, being fans of RPGs and/or Fate Core.

The story follows a girl named Kaia as she searches a mysterious land for her people while war brews all around her. It is posted in web serial format, meaning I post a new chapter of it every five days on my writing blog. I am also writing the story as I release it, so community feedback has potential to influence which characters are focused on and things of that nature.

I think you might enjoy it because the potential for community involvement gives the story some similarities to tabletop RPGs. Also, I came up with the idea for the story through my games of Fate Core. The world is an updated version of the one used in my Daegal campaign and I even pulled some situations from my games as challenges for the characters of the book. So, if you've read through any of the play reports here, you might find some overlap, although, I think the story is much more engaging than those quick game summaries. At the very least, I think the world that Sprig takes place in is a pretty interesting one and you might enjoy playing your own games in it.

So yes, this is a shameless self-promotion post, but hey, it's also on my own blog. It would mean a lot if you took a look at the story. I'd love to hear what you think too! Either way, may your adventures continue to be legendary! 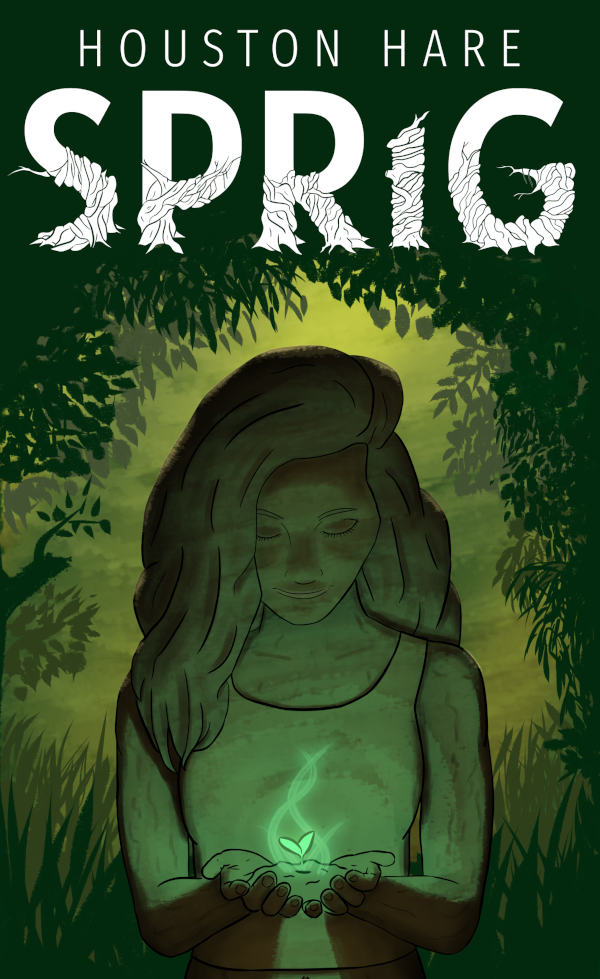 🌱 Sprig A seed of hope in a world of hate

War rages as land runs out. Elves, Dwarves, Humans, and other races fight for control of the limited space they have. When a land mass suddenly appears out of nowhere, people flock to it, only to be caught up in its mysteries.

Kaia, one of the last living members of the Treek race, heads to the new land to find others like herself and escape the war that surrounds her. With conflict at her back, and untamed wilderness ahead, she and the companions she makes discover the truths of the new land and themselves.

Sprig is a web serial that is released every five days, chapter by chapter, by 9 AM (EST).

Issue 1 of Sprig is now available for purchase on Amazon and other sellers. Click here for more buying options.

Issue 2 - Bind and Issue 3 - Shoot are now available in Paperback and eBook. Grab them from your favorite marketplace via the links in my shop!

Issue 4 - Emtangled is now available in Paperback and eBook. Pick it up from your favorite marketplace via the links in my shop!