Shadow of the Century - Review

Disclaimer: Evil Hat Productions provided me with a PDF copy of Shadow of the Century for this review. All opinions here are my own.

Have you ever wanted to play a tabletop RPG set in the 1980s? Maybe you enjoy excessive hairstyles, vigilantes fighting for a better America, punk rockers, or movies like Big Trouble in Little China, The Ghostbusters, and Back to the Future. Whatever it is that you like about the 80s, Evil Hat's upcoming title, Shadow of the Century is what you have been looking for. I recently had the pleasure of reading through the book, and have put together a review so you can't decide if it's a game you want to play. 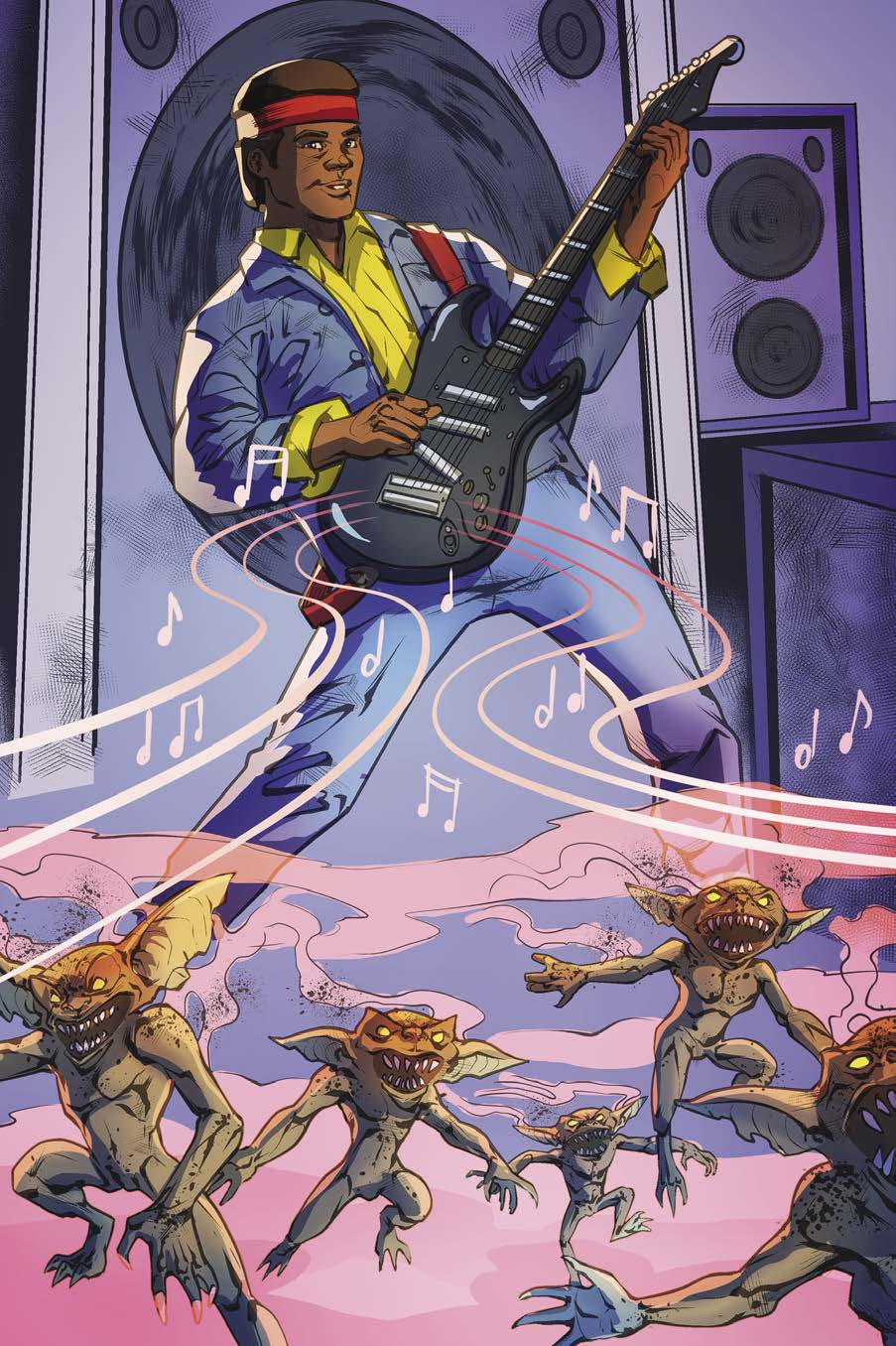 Shadow of the Century is a 212 page setting book built for Fate Core. The setting is a continuation of the world seen in previous releases by Evil Hat, such as Spirit of the Centruy and Young Centurions. In this new release, the timeline has progressed to 1984 and the centurions are now in hiding while their enemies, known as the Shadows, have taken over. This book includes everything you need to represent all of the nostalgia-inducing hallmarks of the 1980s along with an alternate-history of fictional characters meddling in actual historic events. This book is only a setting book however, so you will need a copy of Fate Core to play.

As for the book itself, the layout is themed to match the time period while still looking very clean and modern. The art, done by Brett Barkley and Pedro Potier, is very well done and does a great job of inspiring some of the 1980s action you might find yourself in while playing the game. I only received a PDF version of the book, so I can't speak to the physical quality of it, but most of Evil Hat's previous books have been sturdy hardbacks that feel very professional.

I love the setting of this book. Big Trouble in Little China is very possibly my favorite movie, and I really enjoy other 80s and early 90s themes. Shadow of the Century knocks it out of the park when not only including the feel of the decade, but teaching you how to add it to your games. The book includes over 10 pages that explain trends in the 80s, what it was like living in the 80s (from transportation to technology), and how to apply the themes to your games. And all of that is excluding the advice sprinkled into every other chapter of the book. 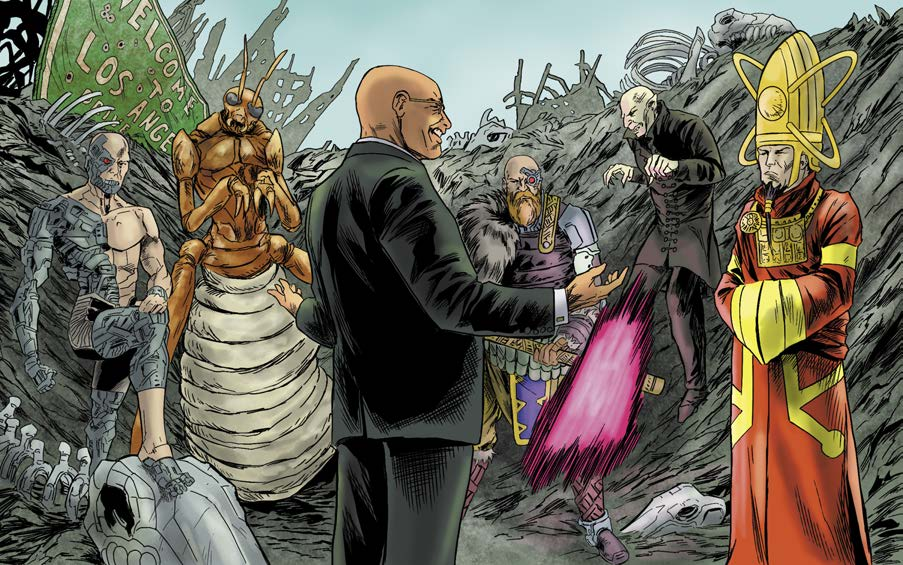 Many long-time Fate gamers have been playing Fate since the Spirit of the Century days, back before it was re-written as Fate Core in 2015. Others may have read books like the Dinocalypse series which are quick and fun pulp adventure books following a core set of Centurions trying to stop an invasion of the Saurians. If you've had any exposure to the universe, you'll be happy to know that some of the same characters are still around in this newest iteration, and you can even play as one!

If you're not familiar with the setting, Shadow of the Century includes descriptions of all of the major organizations, and faces of the world. The setting breaks off from the worlds actual history somewhere around 1900 when evil rises and the Centurions are formed to combat it. Since then a mad scientist that uses Mathemagic has messed up space and time creating time rifts, an alien race has invaded on a small scale several times, and all sorts of other crazy stuff has happened that makes for a crazy but exciting world to put your Fate characters in.

And the book doesn't stop at talking about the setting; it gives you examples of how to use it too. The book includes a chapter well over 20 pages long with adventure seeds and full pre-built campaigns with pregenerated characters included. 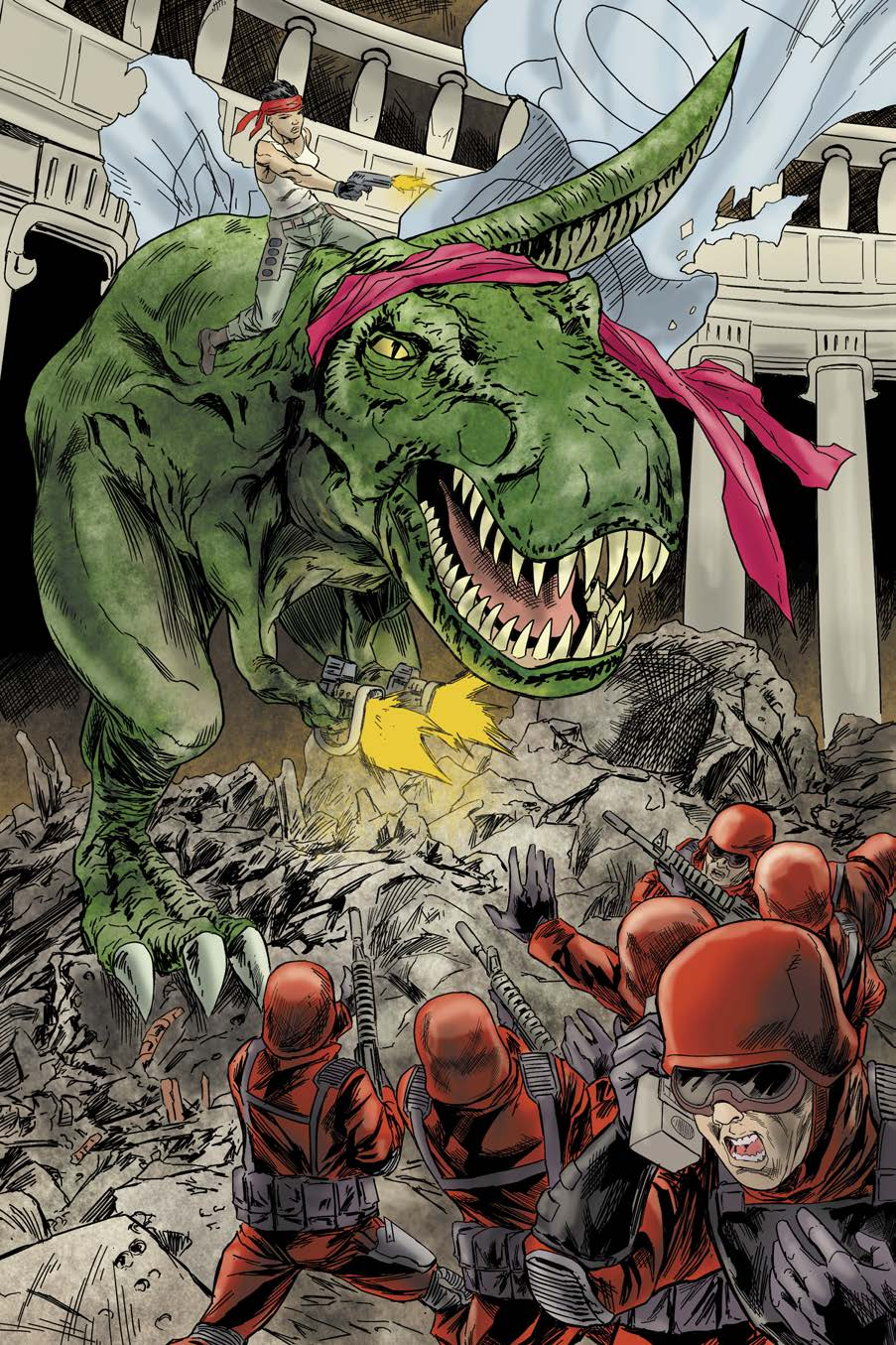 Shadow of the Century comes with a ton of new interesting mechanics. I would love to tell you about all of them, but since Evil Hat has already done a better job at it than I can, I'll name a few of my favorites.

I previously mentioned that there is a Mathemagician running around creating rifts in time and other crazy stuff going on. Well, there is also a mechanic that represents that craziness. It is called the Gonzometer and it is a number set by the GM that represents how wacky a scene can be. At lower levels things tend to be mostly like normal life, but at higher levels, probability goes out the window and things that shouldn't be possible are. Not to mention, the Shadows have the ability to change the Gonzometer at will, making it even trickier to take them down!

Another cool set of mechanics are new milestone rules. There is a milestone at the beginning and end of each session and your organizations even get milestones. I'm am a huge fan of this because starting out as a GM can be really tough. These kind of rules codify some things that veteran GMs do without thinking and they help drive the action forward. I'm planning on using these in my current home campaign.

The book goes farther than milestones for organizations as well. It gives advice very similar to that of Dungeon World, adding an instinct, agendas, and moves to the organization. Like my previous point this is another great way to codify GM advice and make the game easier to run. Organizations can use a move at the beginning of a session, and may even lose a move if the PCs do a good enough job taking them down.

I have to say, this is one of my favorite releases from Evil Hat in a while. And that's not to say that the other ones were bad, just that this one really stands out for me. The 1980s mixed with the zaniness of the Centurion world reminds me of some of my favorite movies and shows growing up, and it looks like it would be a blast to play. Evil Hat, as always, did a great job communicating the world and mechanics of this new setting.

If you are interested in buying this book, it is scheduled for release sometime in February 2019, but preorders are available here. Get in on some gonzo 80s action and check out Shadow of the Century!

The art used in this post is by Brett Barkley and Pedro Potier and is owned by Evil Hat Productions. Used without permission.