03 - The Battle for Fort Greyspire

Fillius, Desmond, Aurora, and Eb arrived to Fort Greyspire just in time to warn the rangers of the coming threat. The goblins of Gilgax Mountain joined forces with the goblins of Echo Cave and attacked the fort using bombs presumably made by Mazul, Kyrie's father. The party and the Greyspire Rangers managed to defend the fort, whittle down the goblin forces, and run the goblins off. 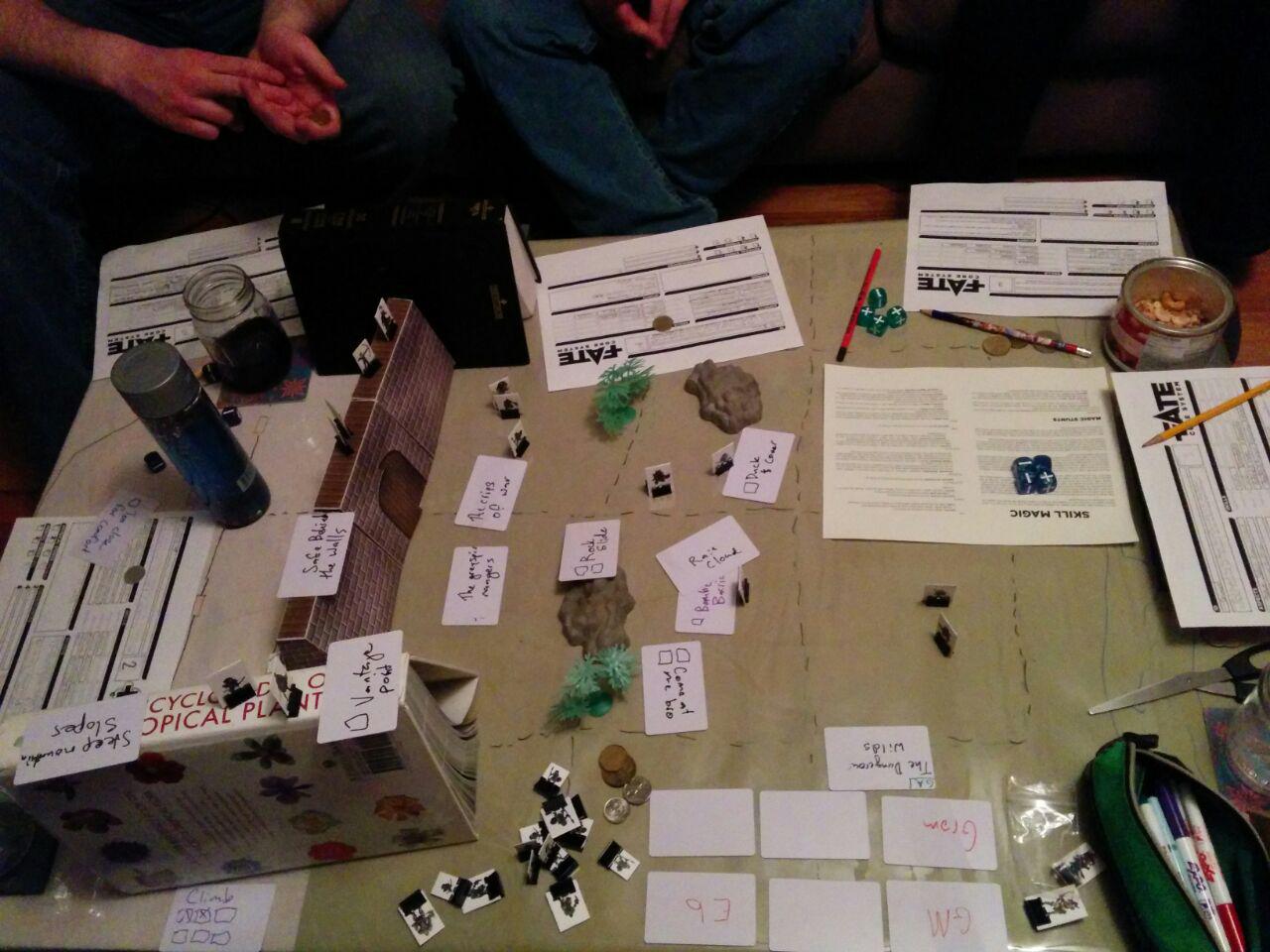 I ran the fight as a normal conflict for the most part. The PCs all acted as normal, the goblins were mainly using teamwork rules. I modified it a little bit so that every two goblins involved in the action gave a +1 bonus. It was still plenty difficult, but it made the battle a little bit more manageable.

I set up various complications throughout the fight as well. There were two fighter mobs (6 goblins in each), two archer mobs (5 goblins in each), a bomber mob (6 goblins), and three individual goblin leaders that hung back and barked orders. The fighter mobs had grappling hooks and planned scaling the walls to attack inside the fort and open the gate.

One group of archers started and stayed in the battlefield firing at whatever was needed and the other archer mob scaled the mountain and didn't show up until the second exchange. Ironically, this happened at the same time as the ranger PC climbed the same mountain, so a battle was had on top of the cliff. 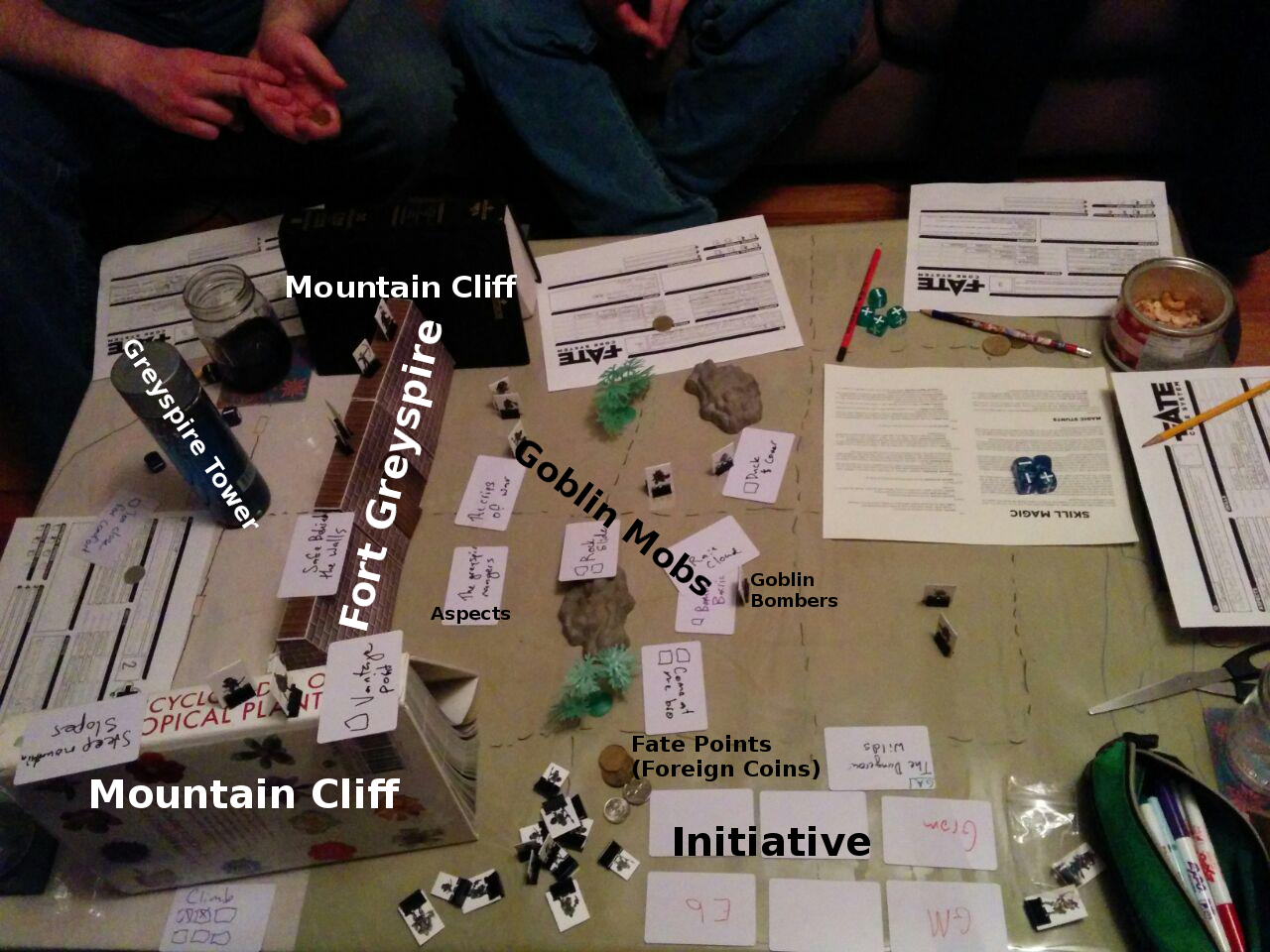 The bomber mob had bombs, made by the blackmailed alchemist, and set up a barricade that they hid behind and threw bombs at the gate. This kind of worked like a contest under fire. Basically, the goblins needed to successfully bomb the gates 3 times to blow them open. They managed to 2 successes before all of the bombs were destroyed.

I set up the Greyspire Rangers as an aspect, rather than individual NPCs, with 2 free invokes to start since the PCs were able to warn them. Then, the PCs could invoke that aspect to say that the rangers helped in an action. The bard was able to rally them a couple of times as well to add more invokes. It was a super simple way to handle them that kept the spotlight on the PCs.

I used what is called Cinematic Initiative for the whole thing to keep the scene moving and keep the players engaged. It still went slow, because some of the players are still getting used to the system, and some really like to meticulously plan out their action before actually doing it (any tips on how to avoid this?).

In the end, the PCs whittled down the goblins from about 30 to 10 and one of the PCs managed to light the bag of bombs on fire, blowing himself across the battlefield. The goblin leaders knew their odds, and retreated to fight another day. The PCs still don't know the reason for the attack, but I'm sure we'll be digging more into that next time.

Roughly from left to right in the pictures above: