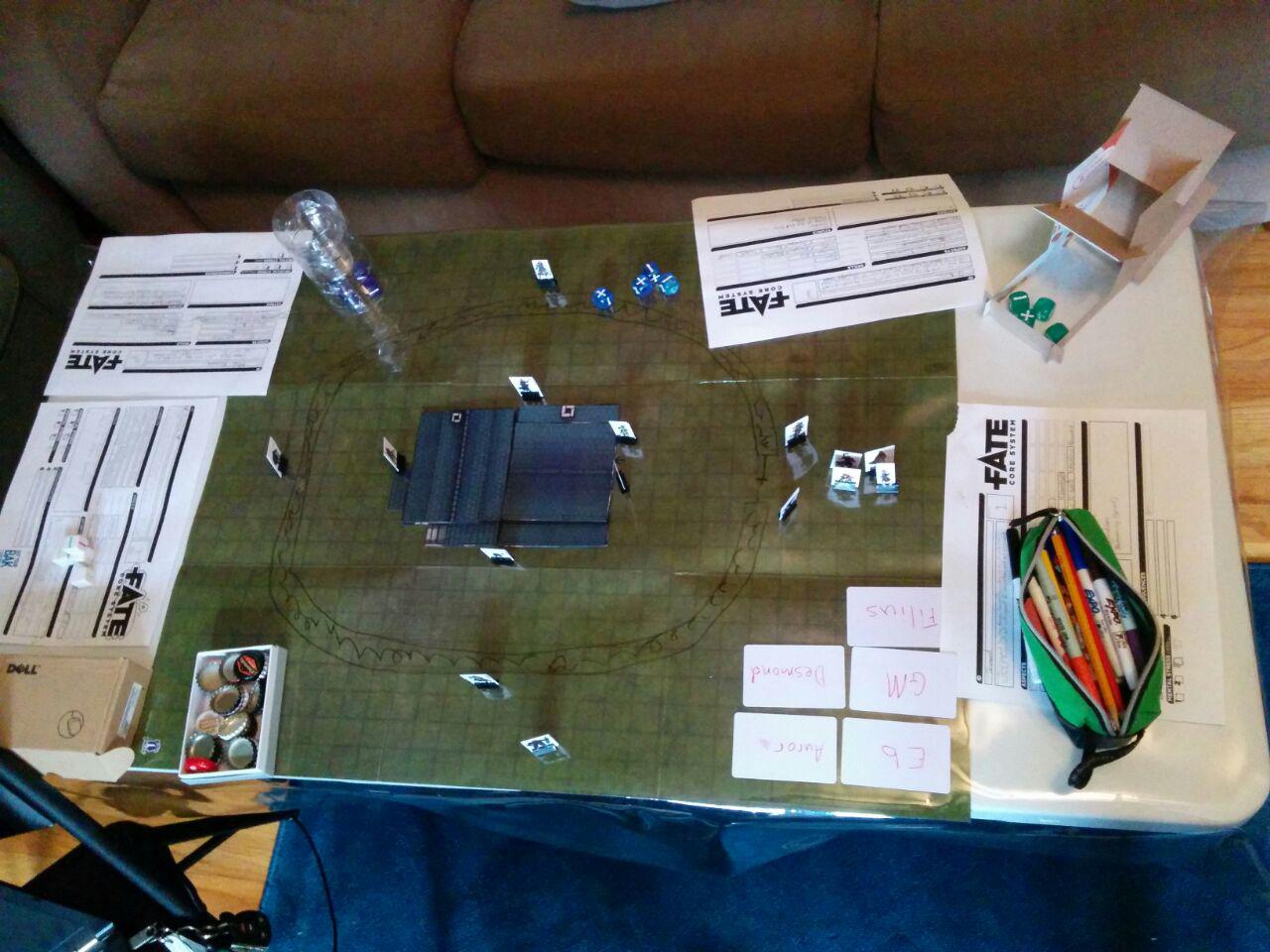 The group arrived at Tobias's house at dusk in hopes of finding some answers. The house was heavily guarded after Aurora's break in earlier that day, but Tobias seemed rather friendly. They talked with Tobias asking about the food shortage, the sigils in the mountain, the tunnels below it, and the artifact that the goblins were after. Tobias provided much information and even offered to bring them to the entrance of the tunnels behind Beowood where a large golem stands guard.

Aurora, intent on finding out what Tobias was hiding in his bedroom, found ways to sneak off and investigate during the conversation. She first asked to use the privy, and was escorted by Balgor, a red Dragonborn guard of Beowood. Aurora then faked an illness and was ushered to a guest room in the back of the house, while Balgor stood guard with Desmond keeping him company. Tobias continued the conversation with Filius and Eb as he poured a bowl of soup. He then left the room momentarily to bring the soup to Aurora. While he was gone, Filius managed to sneak up the stairs into the master bedroom. He searched under the bed and found a small bag of strange black rocks. Thinking that he had found Tobias's secret, he began to head back downstairs when he heard a thud in the closet. Upon investigation, Filius found a man with the face of Tobias Bender. Filius quickly began cutting the ropes that bound the man and finished just in time for the imposter to show up in the room, now under the guise of a Beowood Guard. However Eb acted quickly and managed to catch the imposter during his transformation. A quick battle ensued with Filius and Eb taking on the imposter, while Desmond blocked the doors and Aurora took Balgor out of commission with one arrow to the gut. The imposter, fearing for his life, attempted to dive out the window, but before he could, Filius and Eb tackled him. Rather than ask many questions Filius chose to run his blade through the villains skull, exposing his true form. The lifeless body of a blue alien-like doppelganger remained.