Fate Without a GM 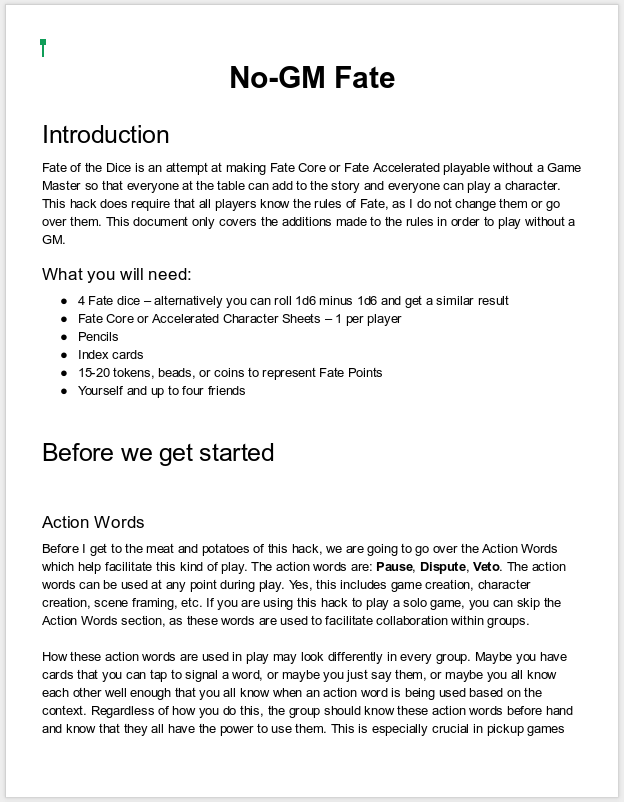 I recently played in a game where we did not have a GM. You can find the play report here. I wrote up some rules hacked together from other GMless systems I have read, and it went surprisingly well. The other two players and I really enjoyed the game, so I thought I would post them online for others to critique and improve upon. Below is a link to the google doc write up (with comments enabled), and below that is a quick summary TL;DR version of what we did to make the game work. Please feel to comment here and on the document with suggestions. And let me know if you like it!

In order to play without a GM, we obviously needed to change a few things about Fate. It relies on a GM, but not as much as other systems do, so I thought wouldn't be too hard to do. I had been intrigued by the idea of playing GMless for a while, but after reading systems like Mythic GM Emulator, Fateless, and nihless, I was still looking for something that had that core Fate play style and didn't add a ton of new rules. So after thinking about it a lot, I came to some conclusions on how to do it.

Let me know what you think!