After a bit of a hiatus due to Eb's player (James) getting a job, we finally managed to get the group together on Tuesday this week. Over the break, I did some reading, because I knew there were parts of the game that I was still not getting quite right. I reread various parts of the Fate Core rule book , and I also read the Book of Hanz which is a collection of the thoughts of Robert Hanz as he was figuring out the Fate system.

The Book of Hanz really was a great read and I will be recommending it from now on to any newbies that are looking for help. In particular, the article on failure is a great one. It talks about failure in Fate, the fact that it should be somewhat common, and how continue the story through failure. One thing that I had been doing wrong was setting difficulties too low. That article, and other resources convinced me that the game would be more fun if there was a chance for failure. That being said, I warned my PCs of this, and prepared this session and the following ones accordingly.

The PCs, still traveling in the tunnels under Gilgax mountain, had been walking for about half a day. That is the roughly the same amount of time it takes to walk from Beowood to Fort Greyspire, so they figured they must be close. Suddenly up ahead, they saw a faint light. It was dim at first but steadily grew brighter. It then stopped and a low grumble of stone moving could be heard. The sound then stopped and the light disappeared.

Unsure of what might have caused the lights and sounds, the group approached quietly, allowing Aurora to investigate without disturbing anything. She snuck ahead and approached the area, hitting some cobwebs along the way. She found a sigil, much like the one at Fort Greyspire on the wall to the left, and some tracks leading through it. On the right, she found a staircase leading up to another sigil on the wall. The latter likely lead to Fort Greyspire while the other might lead to the hiding place of the artifact. She told the others of her findings and Desmond was just about to try and open the left sigil when four giant cave spiders crawled out from the ceiling.

Rather than trying to work on the door, the group jumped to action, trying to kill off the spiders so that they could be on there way. The spiders proved to be too powerful though, and overwhelmed them. The group, seeing where the fight was headed, found ways to escape the fight and continue on their journey. 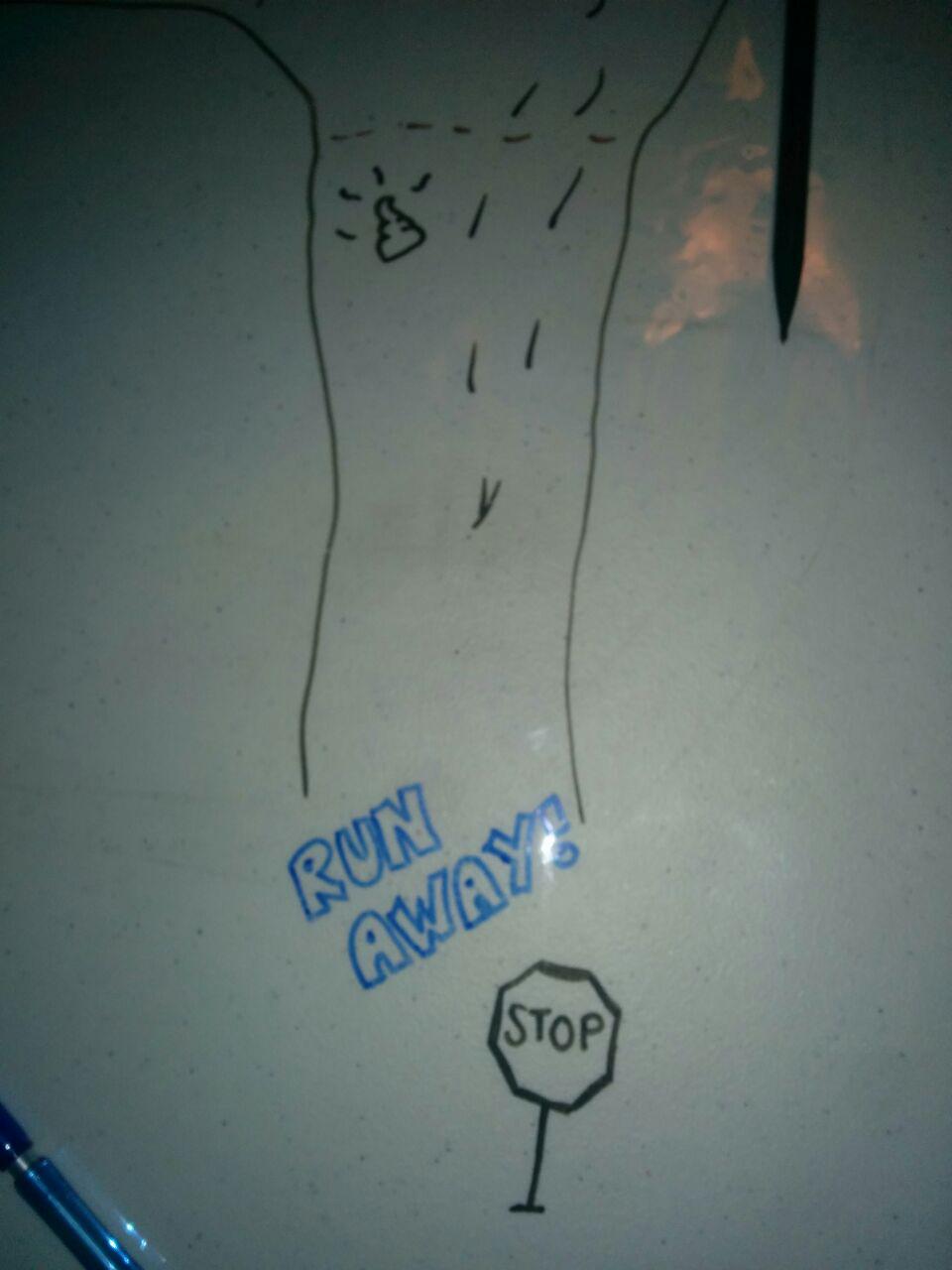 So the ending of this did not go perfectly. I misunderstood how the concession rules work. I was told once that the side that is not conceding still gets what they were after, and I assumed that meant that the conceding characters just get Fate points as their reward for conceding. I looked into it afterwards though, and that's not really the case. Conceding allows you to avoid the worst parts of your fate. So I left the ending to the fight a little vague, because we are still deciding how we want to continue.

In addition to the increased difficulty, I used the Fate Adventure Worksheet to plan for this scenario. It went fairly well, but I am not going to continue using it for NPC/enemy stats. I had Combat and Interaction at +4, Lore at +2, and Exploration at +6. So anytime the PCs fought these spiders, it was always against a +4, due to combat and interaction being the same. They only dealt the spiders 2 stress in total. After the session, my wife drew the picture to the right in response to the invincible spiders in the tunnels. From now on, I will likely be using the NPC creation method that I used in my game without a GM. Other than that, it went really well. Has anyone else tried the Fate Adventure Worksheet ? How did it go?