In our Masters of Umdaar game last night, the players created an aspect that is probably the funniest aspect I've ever seen in a Fate game. It was Rampaging Dehydrated Sharkman.

One of the characters, Trisaunor, had gotten himself captured by slavers, and the rest of the group went to free him while he was about to be sold in the slaving district of a desert city. They created multiple distractions, one of which was releasing a sharkman, that was also a slave, and letting him rampage across the marketplace.

He started charging around and biting people in half or swallowing them whole. One of his victims was the croconoid man that was about to buy Trisaunor. Another victim was a slaver, and as he tossed the slaver up in the air, a keyring fell out of slaver's pocket that would free more slaves. 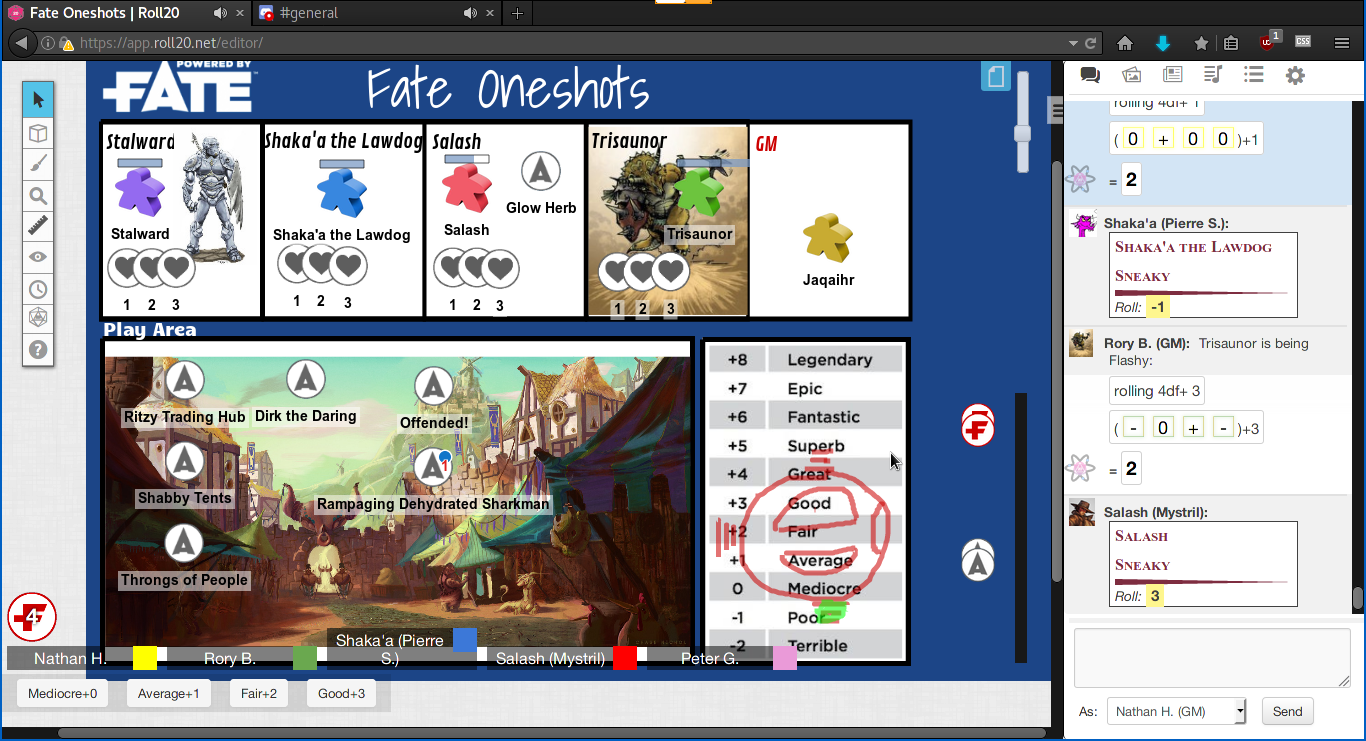 Chaos ensued, as well as some fighting as the players attempted to free Trisaunor. An elephant man was let loose, and he quickly started trampling people. And later on, when they encountered Trisaunor's slaver again, the other freed slaves made one last appearance to scare a mob of people into engulfing the slaver so that the PCs could escape.

We've been having a ton of fun with Umdaar because it can be so wacky! Can't wait until the next game!