For our second session, Becky and Eldar's players weren't able to make it, but Methuselah and Wiggiw's players were. I adjusted the situation accordingly. >:)

The band of explorers fled deeper into the cavern as the giant spiders were held at bay by the flaming webs. When they stopped to catch their breath, they found themselves in a large empty room. Methuselah spotted and began gathering some strange mushrooms at the base of a wall, but when he turned around to show the group, he Becky was nowhere to be seen. Methuselah and Eldar then split up to look for her. "Marv, do you see her?" Eldar asked, but received no answer. Then finally, Methuselah called out to regroup with Eldar, and he too was not responding.

Aware that something was terribly wrong, Methuselah circled the room looking for his companions. He found nothing, but heard a muffled noise. mm mmm . . . mm mmm mm. He followed the sound and found a column of spider web. The pillar started to shake slightly, and he could make out the faint outline of a body beneath the silk.

Tearing open the cocoon, he quickly found a dark-skinned elf with a surprisingly familiar face. "Wiggiw!" he exclaimed as he pulled his old drinking buddy free, but the excitement was short lived. 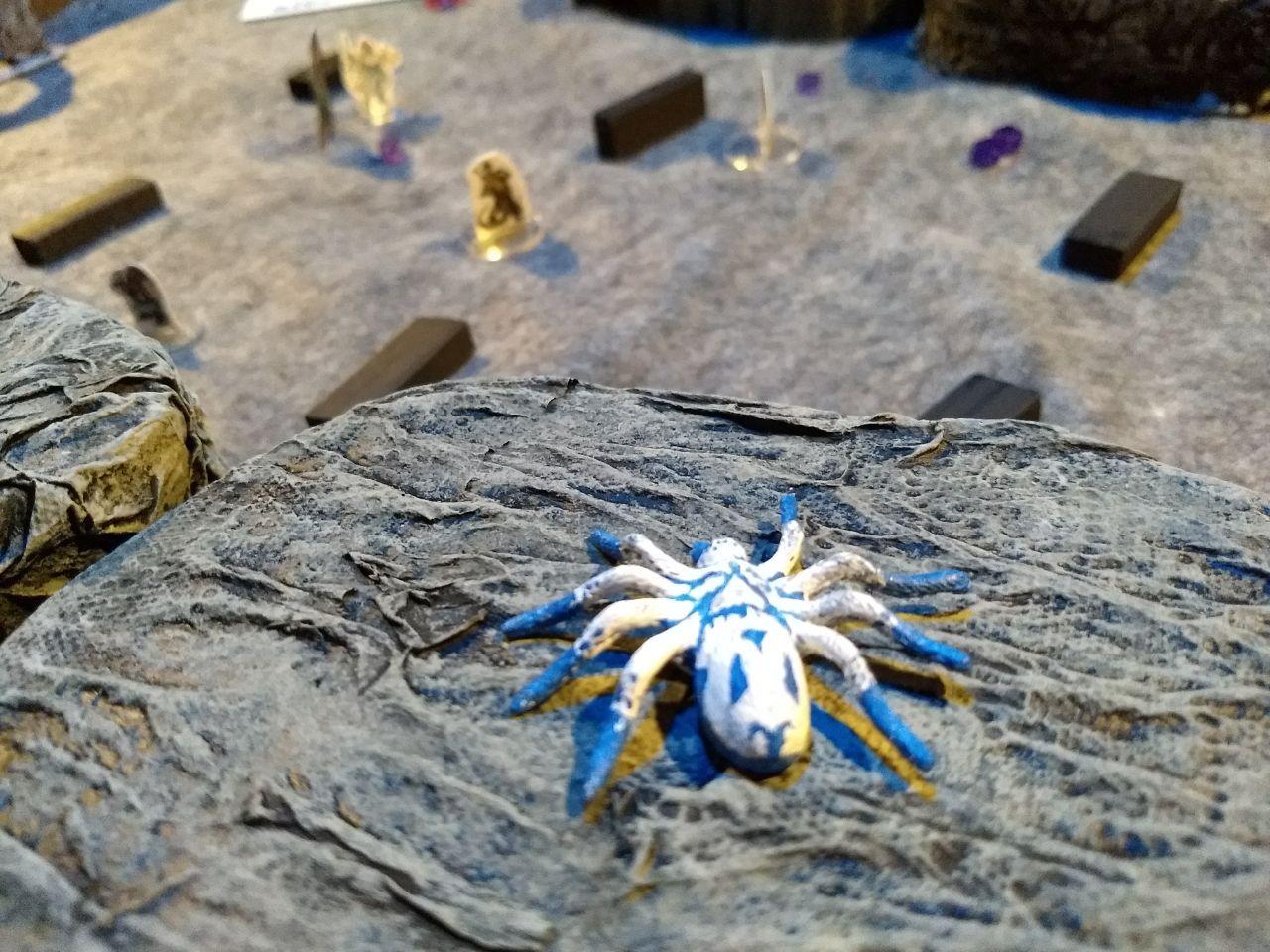 Wiggiw's eyes widened as he saw the very creature that trapped him in his sticky tomb the day prior. A giant white spider with bright blue markings appeared behind Methuselah and lunged.

Meth barely managed to escape the spider's grasp as he dove back. Then the spider disappeared again. Silence filled the room. "Help! It's got us trapped." The distant cry rang out. It was Eldar's voice!

After another moment the spider appeared again, this time going after Wiggiw. Thinking quickly, Meth then pulled out his projection wand and made illusions to look just like himself and Wiggiw. The two pals managed to trick the spider into going after the illusions and ran further into the cavern where they could now hear the yells of the rest of the party.

As they continued around a bend into a hall deeper in the cave, they found a man made wooden door in the stone wall. Daegal was said to be an new land, so finding an old door this deep underground was very confusing. 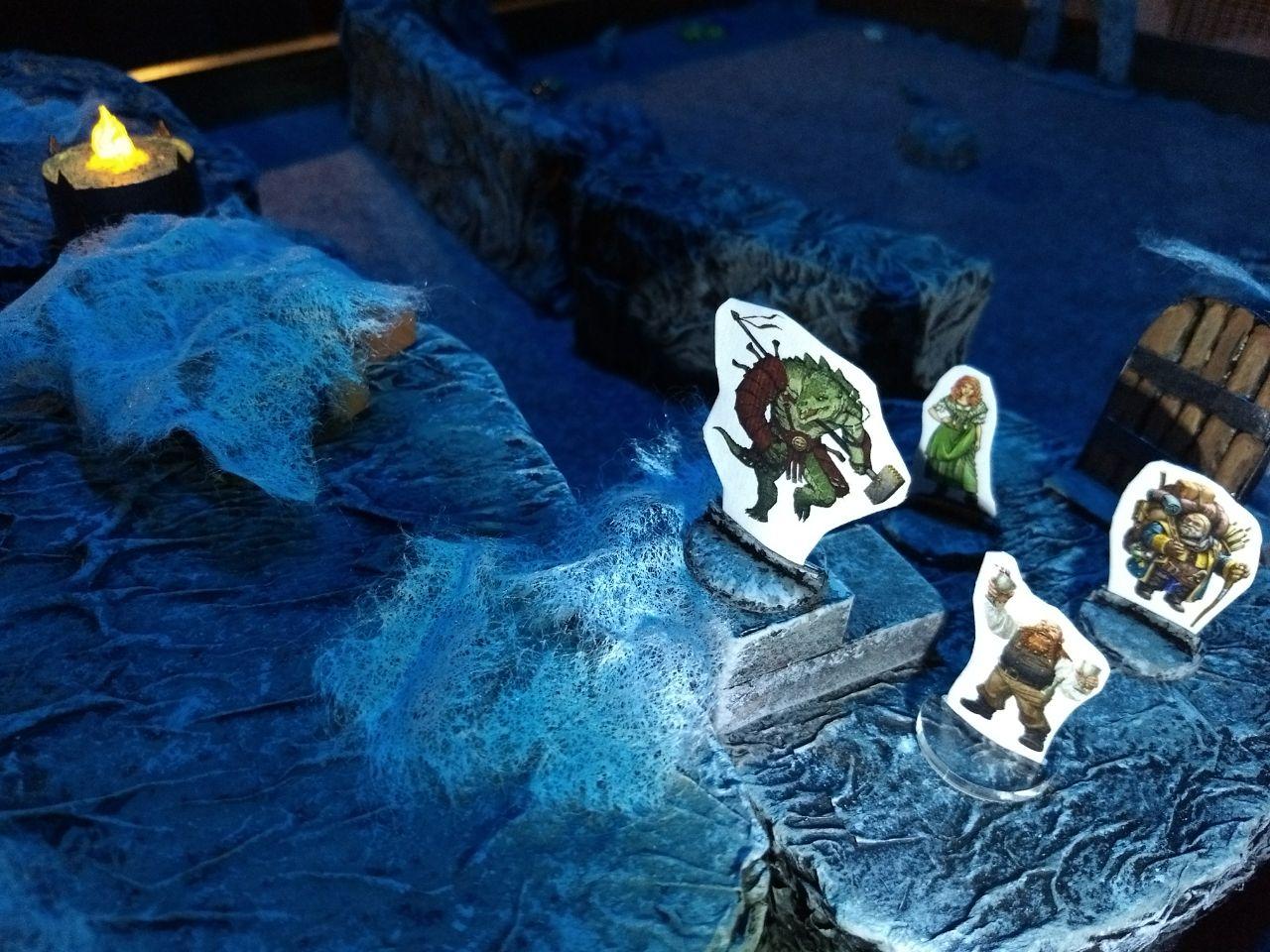 They opened the door slowly and found themselves in another naturally formed cavern room covered in spider webs. However, under the spider webs were tables, books, and shelves. It looked like an abandoned wizard's study. Wiggiw took a closer look at one of the books and found writings by a group known as the Melonganites, a group so mysterious most people believe it to be myth. 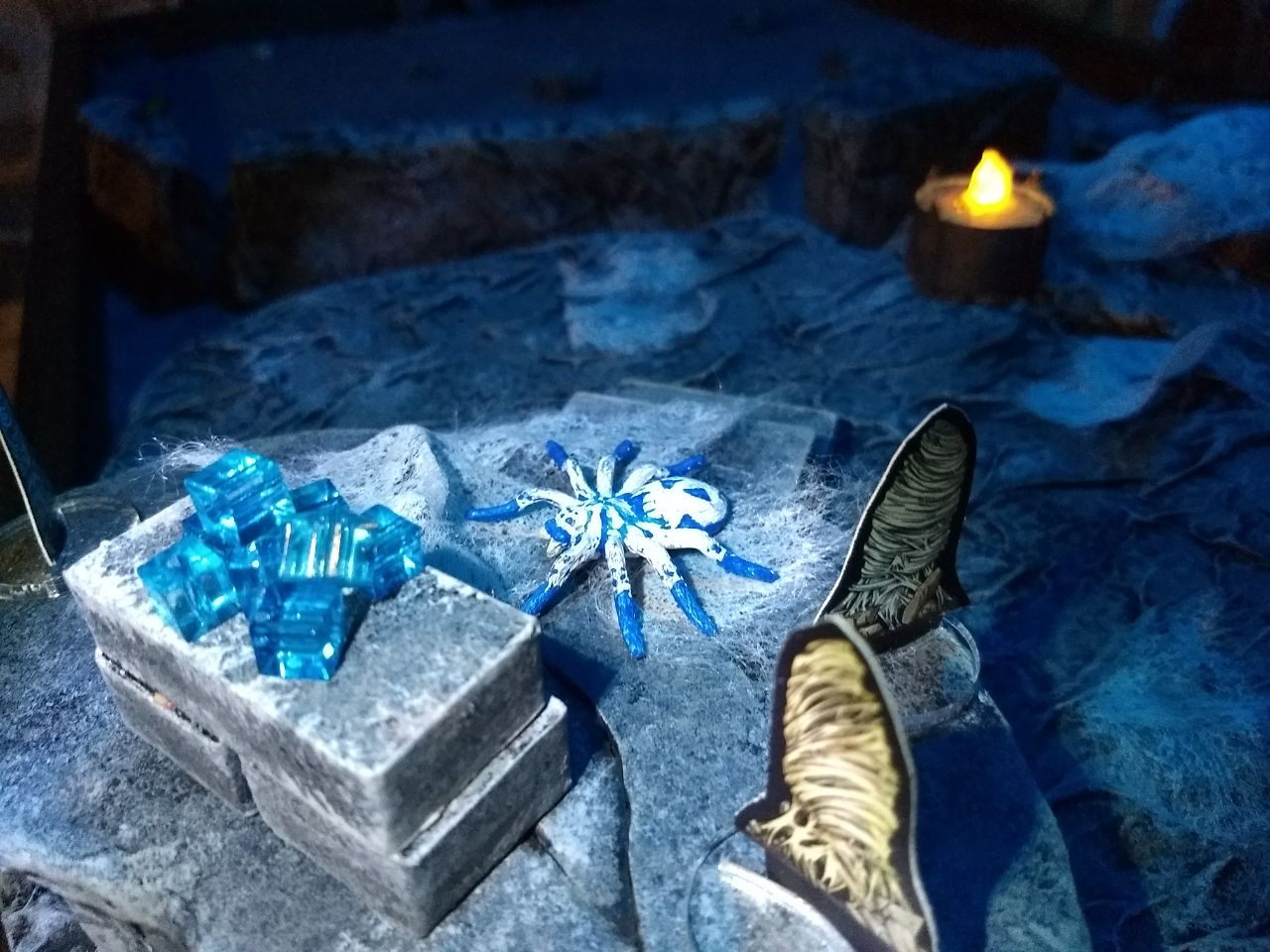 At the far end of the room was clearly the white spider's feeding place. More human sized cocoons sat around what looked to be a magical experiment gone wrong. At the center of the circle of cocoons was a contraption, emitting a pulsing blue light. Veins of the energy spread across the room, and coiled around each of the older cocoons. Wiggiw and Meth ran to their friends cased in webs, but then stopped in their tracks as the ground began to rumble.

Grrrmmm. The sound continued to grow lowder. Then a wall of the cavern crumbled. As the dust settled, the party found a person standing in blue and purple robes in front of them. To his side stood a ten foot tall monster made of earth and rock.

"Oh, we have company. Heh" the robed figure said in a smug voice. "Well, just stay out of my way then and this won't get ugly." 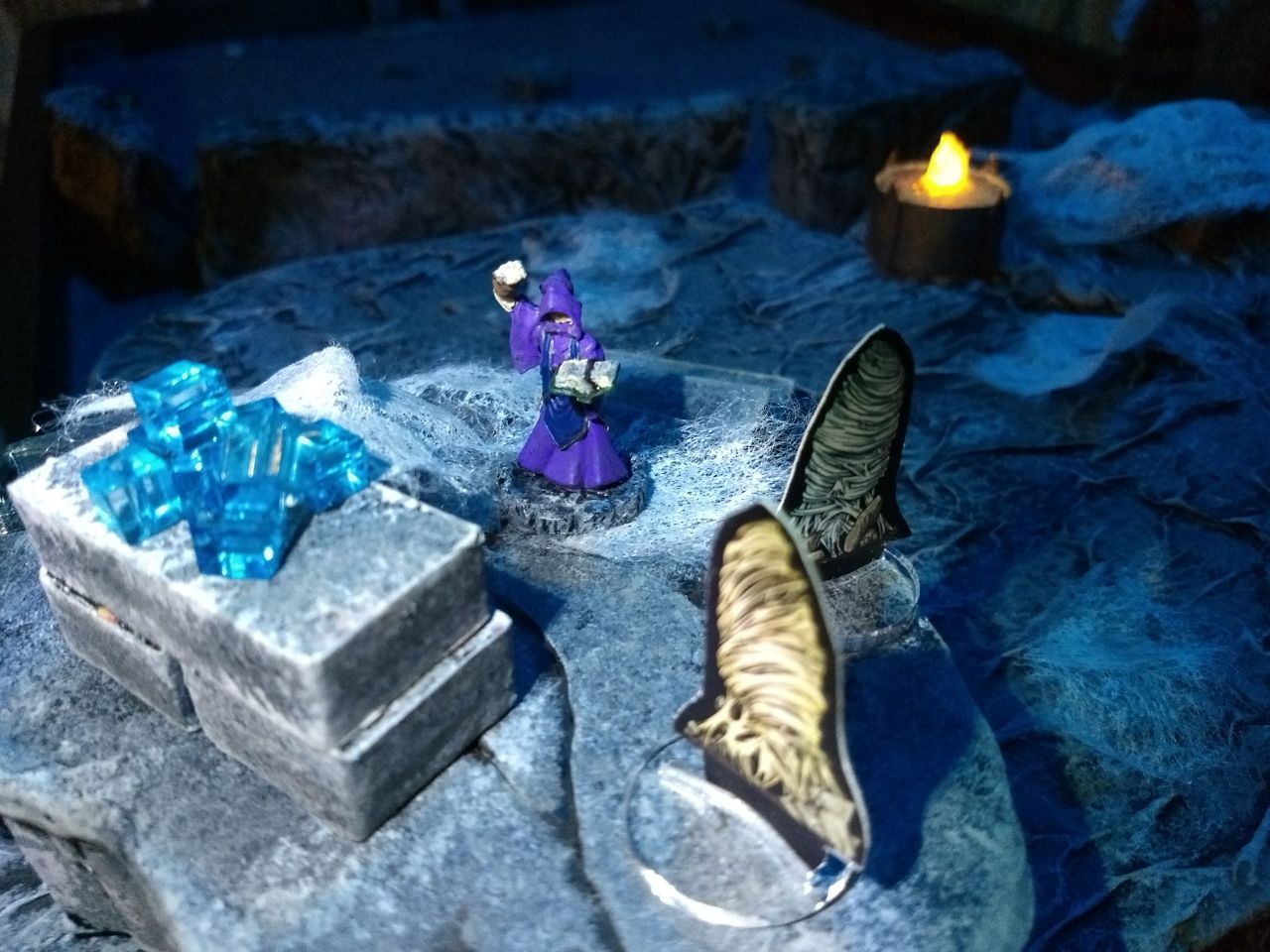 Afraid of what the rock monster was capable of, Meth and Wiggiw stayed put.

"Go get the device" the figure said to the monster as he went to collect the books from the table. The golem stomped over to the altar and grabbed the blue glowing device.

Upon seeing the figure's interest in the Melonganites, Wiggiw wanted some answers. "What are you going to do with that?" he asked.

"That's none of your concern," the cloaked figure said as he turned to leave, "but if you want to help, talk to Loufie at the colony." With that, they left down the tunnel they had carved.

Wiggiw and Meth quickly began freeing their firends before the spider caught up with them. Once Marv was freed, they noticed he didn't look happy to be out. Now a little more sobered up, he spoke. "My wife and daughter. They were in the first colony. I thought I might find them here."

Everyone headed back to the colony where most of the crew got patched up, and then Wiggiw and Methuselah headed out to find Loufie. After asking around at the tavern, they found him fairly quickly.

"I'll tell you what. You want answers? Get me the exploration records from colony's guard building and we can talk" Loufie told them. He was a sketchy looking elf with a new york accent.

Early the next morning, Methuselah snuck into the guard building. Some bad rolls caused a lot of successes with a cost, so the person in the guard building at the time happened to be Conick, Meth's highly respected mentor in magical artifacts. Meth managed to get through most of the building unseen, but right before he bailed out the window with the records, Conick saw his face as the result of a compel.

Fearful of Conick using all of his resources to come after him, Meth woke up Wiggiw and the two snuck out of town and waited to meet with Loufie.

This session was a lot of fun, but I did do one thing that I've realized only hurts the game. That is easing up in the players. I cut the fight with the spider short because it ended up being a little bit frustrating for the players. Part of that was because they were still learning the game, but even still, having the enemy run away early makes it feel like the players haven't earned it.

Other than that, this was a decent set up session to really get the mysteries going. The compel at the end of the session has really changed how I thought the campaign would go too.

What do you think Loufie needs those records for? Should he be trusted?