Fate Core is my game of choice for many reasons, but below I have collected a list of my favorite parts about it. If you're thinking about using Fate, if you're interested in what it has to offer, or if you just want to be reminded of what makes Fate so great, read on!

I play Fate because it is... 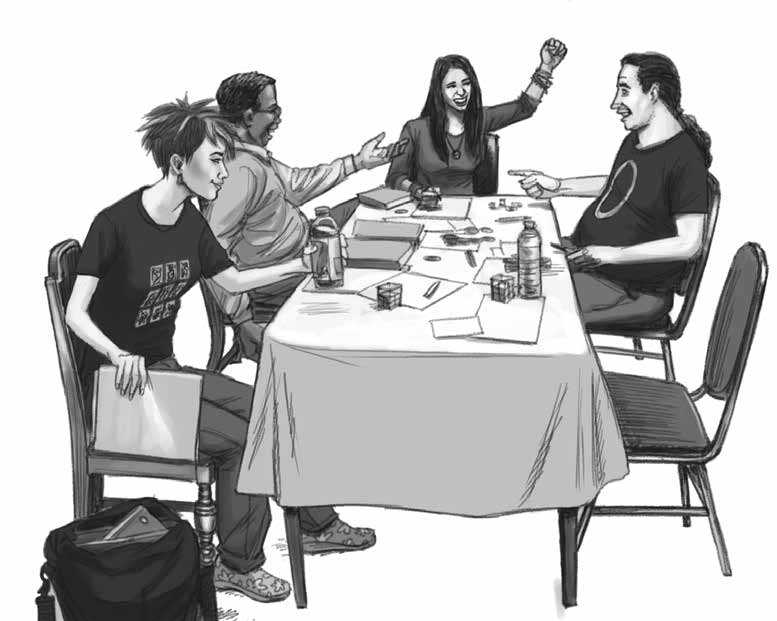 Many of the more popular RPG systems out there have a lot more rules than Fate. They have rules for how much damage each magical spell does, how far you can jump when standing still or taking a running start, or how many people a grenade can hit and how much damage it does to each target. Some have rules that attempt to simulate a reality. While I can appreciate the effort, and understand how that could be fun, to me, it's not worth the time it takes to first learn all of those rules and then argue about them with my friends around the table. When I sit down to play an RPG, my goal is to have fun imagining awesome stories with my friends. Ultimately, Fate makes it easier to get the same kinds of stories as those other systems while leaving out all of the minutiae and bookkeeping that I find takes away from our actual play time.

Piggy-backing on the previous point, Fate is also easy to learn. I have actually stopped teaching people how to play Fate. At a player's first session, I'll tell them that a Fate point is worth a +2 or a reroll, and I'll teach them how to add skills to their dice rolls. The rest I either quickly explain when we get into the right situation, or I let them figure it out as we play. Instead of teaching them each of the actions, I just ask them what they want to do and tell them what action it is. In a few sessions, they are able to interact with the rules on their own.

Fate Core is infinitely flexible. A lot of other "universal" systems aren't truly universal in my eyes. Games like Savage Worlds and GURPS call themselves universal because they have new sets of rules to handle each different genre. The problem is, you're still learning new sets of rules for each genre. While it does allow you to learn them quicker because it uses the same base rules, it doesn't feel truly universal. 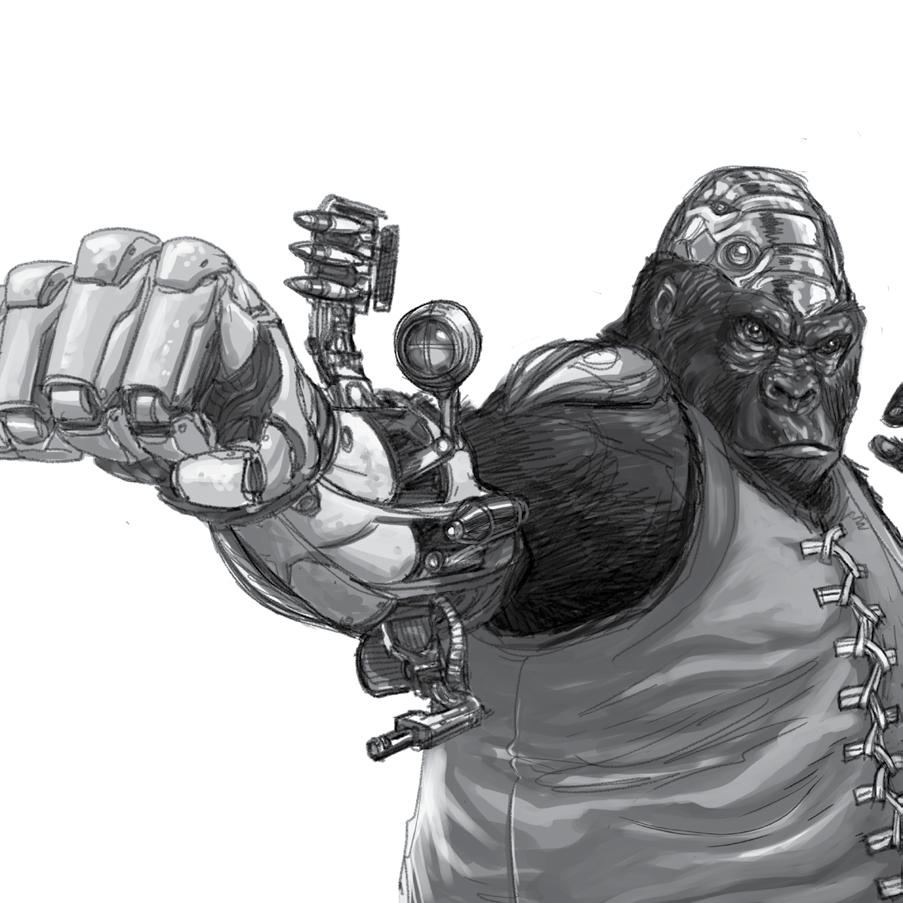 Fate, on the other hand, has a set of rules that can be used in almost any situation you throw at it. I've played games as tiny mice fighting to secure their woodland home, space explorers headed to a new planet, Saturday morning cartoon characters, super heroes, 8-bit video game characters, goblins, zombie apocalypse survivors, and fantasy heroes with magical abilities (many are documented here). And to do all of that, I didn't really have to change any of the rules. For some games I'll briefly state how we will use some of the existing rules for the setting, but nothing more than that. Even the official rules put out for other genres are offered as options.

Fate Core can be played with a range of gear. If you're just trying it out, you can get started with 4 six-sided dice, pencils, and a notepad. You can even track your Fate Points by writing the number on your character sheet. There is no need for all of the terrain or grids to handle combat, and you don't need a ton of special dice either.

Of course, if you want to go big and use cool terrain, aspect cards, fancy dice, dry erase boards, etc, you can. Fate still handles it simply and elegantly!

The rules of Fate actually teach you to tell better stories. Mechanics like compels, concessions, and invokes all make you take a look at the story and push it towards being a better one. They remind you to bring in complications related to the established facts about the party and the things that the players want to see most. The GM section alone is chalk full of great advice for playing any roleplaying game or even writing fiction.

This may not seem like a huge deal, but Evil Hat has released Fate Core under a Creative Commons (and OGL) license. This means that not only is the text of the book available for free online, but also, you can adapt it and make your own versions for purchase without having their legal team come after you.

I'm a web developer and I'm pretty passionate about supporting open source software because I think it is an amazing model. Closed source software is code that you pay for, never actually own, and is limited in it's progress because only the people who made it are allowed to suggest improvements or bug fixes. Open sourcing your works instead gives your customers a chance to make the world a better place by improving it and working with others to build a community around it. Evil Hat's open license allowed me to create my own magic system and even use some of their published stunts to do it.

Again, if you've never tried Fate Core, I highly recommend you do. This game encourages you to tell awesome stories, is insanely versatile, and gets out of the way so that you and your friends can play more and dispute rules less. So get some friends together and get a game started!

Why do you love Fate Core? If you haven't tried it yet, what has been holding you back?

The images used in this post are by Kurt Komoda and owned by Evil Hat Productions. Used without permission.